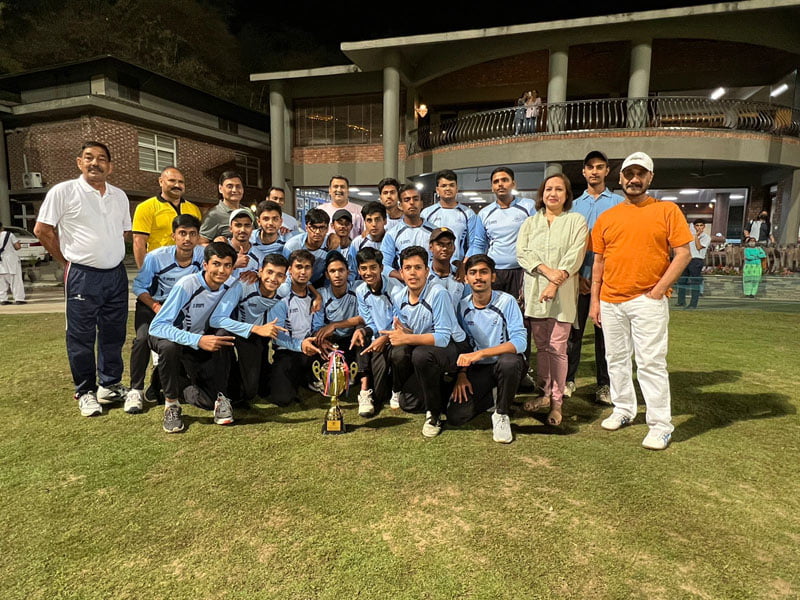 On 23rd April, 2022 the beauteous Abhimanyu Cricket Ground snuggled in the lush Guniyal Gaon was the venue for Late Sardarni Kawaljeet Kaur Juneja Staff Vs Students Cup. The dithery Day-Night Match commenced with the staff winning the toss and electing to ball first.

The students eleven began their innings with the opening duo of Siddharth Nishad and Lakshay Khaneja. They lost their first wicket with Lakshay Khaneja falling prey to some fine bowling by Gautam Taneja.

The students’ innings came to an end in the stipulated 20 overs but not without giving a target of 176 runs to the staff.

The teachers eleven began their innings with the opening duo of Abhishek Saini and       Himanshu Panwar who displaying characteristic finesse, played some great shots. As cricket is a game of glorious uncertainty, loss of one wicket in quick succession made the match nail biting and the staff soon floundered and lost the match by 48 runs.

Those who witnessed this keenly contested Day-Night Match will agree that the copy book shots, elegant fielding and fine bowling were indeed a feast to the eyes.

Chat with us
Pay Fees Online